Hello readers! It’s finally the first week of March, and March is one of my favorite months. I am extra happy this month to leave a dreaded February behind that seemed to drag on more than usual. Don’t get me wrong, I am fully aware March can be just as tough of a month as February: it is supposed to come in like a lion and out like a lamb but I too have witnessed many Marches come in like a lion and out like a lion. Yet, no matter what DOES happen in March it’s still the month of spring. I’ve truly been clinging on to March as hope for weeks, so now I will present to you my top 10 reasons for loving March, in hopes you learn to love it too.

Okay, I don’t love snow, but I’m not gonna pretend that here in New York snow magically stops falling in March. BUT what I can say is that the sun we get in March usually melts it all within a day or two. Those March snow days we used to have were awesome, we would get the day off and the snow would be gone the next day.

March 23 is National Puppy Day which usually floods my social media feed with adorable pictures of all your loving pets. Seriously, you guys flood this feed every year. And who in the world doesn’t love puppies? Also, I got my german shepherd puppy in March which makes it extra special. This year will be the sixth year we’ve had him so he’s not technically a puppy anymore but I still take advantage of the day to post pictures or throwbacks.

8) My Mom Hyped It Up When I Was Younger

They say the apple doesn’t fall far from the tree. When I was younger I used to think March 1st was a holiday because that’s how excited and hopeful it made my mom. She would grab my hands, dance with me in a circle and yell “HAPPY MARCH 1ST!” Although that was when I was a kid, she still hypes it up to me. Every day last month she reminded me how many days it was until March 1st.

7) March Is An Underdog

When you ask people what their favorite month is, do you ever hear them say March? No. You hear them say May, June, July, October or even December. March is completely forgotten about. I won’t go as far as to say it’s a hated month, people just don’t think about it. Underdogs are great, who doesn’t love them? We should root for March more.

We should always remember and celebrate women’s history, but March is especially our time to reflect and celebrate. I love reflecting on women who empower me. Personally, I see Jane Austen and Emma Watson as huge role models in my life, but there are so many amazing moments in history that are women-led. I encourage everyone to take this time to reflect on the moments in women’s history they love the most.

This year daylight savings starts on March 14. I’m sorry to those who have to get up in the morning since it will be dark again. But for people like me, who have to get up at 9:30 a.m. at the earliest, daylight savings time signifies an extra hour of light at night. I know every year at this time of the year I tend to feel a bit burned out when it comes to school, but the extra hour at night fuels me and motivates me to do more work later in the evening. We are so close to being able to to walk to the SUB at seven and still see the sun.

4) March Is The Thursday Of The Calendar Year

Alright so these last four reasons heavily drive my force in loving March; so stick with me here. I love March the way I love Thursdays. To me, Thursday is “Friday Jr” because it’s the beginning of the turn to the weekend, it makes the anticipation of Friday that much greater. I like to view Thursday in this positive light because I really believe in romanticizing our lives: if we don’t start that ‘weekend feeling’ until Saturday then the weekend will be over before you have that euphoric feeling. Anyway, I feel the same about March. It’s the turning point before Spring, and it somehow extends the happiness I feel in Spring. Essentially I am giving myself one more month of the year to be truly happy. Instead of postponing happinesses because I’m in a winter month, it just makes me more excited for April, May and June.

3) The End Of Winter

As an extension of the last one, March is the end of winter. Now like I said before, I know March feels like much more of a winter month than a spring month, but it’s the light at the end of the tunnel. We’re almost there. Even if the weather is cold or crap, we know we can get through it because we’re in March. It gives me so much more hope than a warmish February day since in February I know there’s so much winter to get through still.

March 17, baby. You knew this was going to be here. Saint Patrick’s Day is an iconic holiday, especially for a girl with the last name O’Neil. Even if you aren’t Irish though, it’s just a fun day many people look forward to. Seeing everyone dressed in green with stickers and funny glasses is always a blast. Besides, as New Paltz students we (typically) have lepercon to look forward to which is one of the best days of the semester here. But if none of that tickles your fancy, at least Saint Patrick’s Day gives you good enough reason to eat corn beef and cabbage. It’s definitely one of my favorite holidays.

1) It’s The Month Before April

In case I haven’t convinced you on why you should love March too, I’ll leave you all with one last reason why it means so much to me. March is the month before my birthday month: April. My birthday is really important to me and in my household we tend to make a big deal of everyone’s birthday. It’s not just a birthday, it’s a birthday week and birthday month, too. Which means starting April 1st, April is my month, and I want to be in a good mood for all of it. Which means I need to start prepping my mood in March. If I don’t get rid of my winter depression before April, it will taint my birthday month, and I don’t want that. March is the month where I get all my winter blues out of my system, so by the time April rolls around I am completely blissful.

I hope that if you didn’t already appreciate March, I have helped you find something to enjoy about this underdog of a March. I truly believe in this philosophy and live by it. I can honestly say that despite March kicking off to a bitter cold week in temperatures, the sun was out and shining because we are out of the gray months. I know whatever is thrown at us this month we will get through it. March is truly the light at the end of the tunnel. 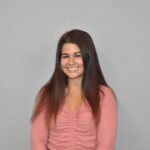 Emily O’Neil is a third-year public relations major with a minor in creative writing, originating from Clifton Park, NY. This is her fifth semester on the Oracle and first as Sports Editor. Her favorite team is the New York Yankees and she hopes they win a World Series while she is Sports Editor.

Share on Facebook Share
Print Print
Share on TwitterTweet
About Emily O'Neil 95 Articles
Emily O’Neil is a third-year public relations major with a minor in creative writing, originating from Clifton Park, NY. This is her fifth semester on the Oracle and first as Sports Editor. Her favorite team is the New York Yankees and she hopes they win a World Series while she is Sports Editor.