The women’s basketball team is back and better than ever at SUNY New Paltz. Their first game of the season against Mount St. Mary on Nov. 9 was a great win, with a score of 76-60. The Lady Hawks brought the drive and energy from that win into this weekend’s games. They played in the University of Rochester’s Chuck Resler Tip-off tournament at Rochester on Nov. 12 and Nov 13. New Paltz played Rochester on Friday and The College of New Jersey on Saturday.

The Rochester game was intense from the beginning. Starting line-up consisted of third-years Maddie Gillis, Victoria Venus and Lexi Van Vorst as well as second-year Brianna Fitzgerald and Julia Sabatino, who all played well. The first quarter had multiple fouls and subs from both teams, but with 8:45 to go, New Paltz scored the first point.

Van Vorst began the third quarter with a good jumper and Rochester responded with a layup. Scoring was almost non-stop in this quarter, including Fitzgerald grabbing two back to back free throws. Constant 3-pointers from both sides, good layups and two free throws from Van Vorst late in the quarter made up for an intense quarter that ended in Rochesters favor.

The fourth quarter was a moment of strength from Rochester, and no matter how the Hawks fought, they took a hard loss of 83-66. This loss, however, lit a fire in our Hawks and they returned Saturday ready to play.

The first quarter of the match against New Jersey’s Lions began with an immediate jumper from Fitzgerald and a 3-pointer from third-year Gabby Palladino. The first quarter remained dominated by the Hawks, where not only did the Lions trail behind, but they only managed to score four points.

The second quarter began with 18-4 in New Paltz’s favor, and the Lions worked hard to try and catch up to our Hawks. Van Vorst scored the first points in the quarter with a great hook shot, followed by 3-pointers from third-year Cassidy Deaver and second-year Madison Mullman. Gillis and Van Vorst both scored again, but the Lions began to gain points, bringing the score up to 31-22, Hawks at the end of the first half.

The third quarter was absolutely full of fouls from the Lions and the Hawks scored a whopping seven points from free throws alone. These free throws combined with 3-pointers from Gillis and third-year Victoria Venus as well as a layup from Deaver led to a 10 point lead.

In the fourth quarter, each time New Jersey scored, New Paltz took the point back. A layup from Fitzgerald broke the scrimmage and brought the score to 54-49. The Lions managed to score a few more times, but the game was already won.

The Hawks finished with a final score of 62-54. This meant they had won two of their first three games of the season. The Lady Hawks are hitting the court again on Nov. 20 against Misericordia to hopefully continue their strong play. 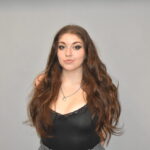 Lily Seemann is a first year psychology major, with a minor in sociology. She is from Rockland County, NY, but grew up in Georgia! As well as being on the newspaper, she is also a New Paltz cheerleader.

Share on Facebook Share
Print Print
Share on TwitterTweet
About Lily Seemann 15 Articles
Lily Seemann is a first year psychology major, with a minor in sociology. She is from Rockland County, NY, but grew up in Georgia! As well as being on the newspaper, she is also a New Paltz cheerleader.