The Dorsky’s Fall 2018 exhibitions have begun, and are markedly diverse and representative of marginalized groups in the arts. “The Trans List”, featuring works by Timothy Greenfield-Sanders, exemplifies the Dorsky’s strides towards diversity in their collection.

The exhibition was curated by Anastasia James, the Dorsky’s curator since October 2017. “The Trans List” consists of 40 portraits of trans individuals coming from an impressive range of backgrounds, and each portrait is accompanied by the story of the individual. Sanders spent many years collecting these stories and photographs, and his dedication shows through them.

The emphasis in this exhibition is clear. These carefully-crafted portraits bring the viewer eye-to-eye with the narrative of one transgender individual, immersing them into the person’s story. The portraits draw the eye of their viewer, providing a wonderful window into their experience and transformation with regards to their gender identity. 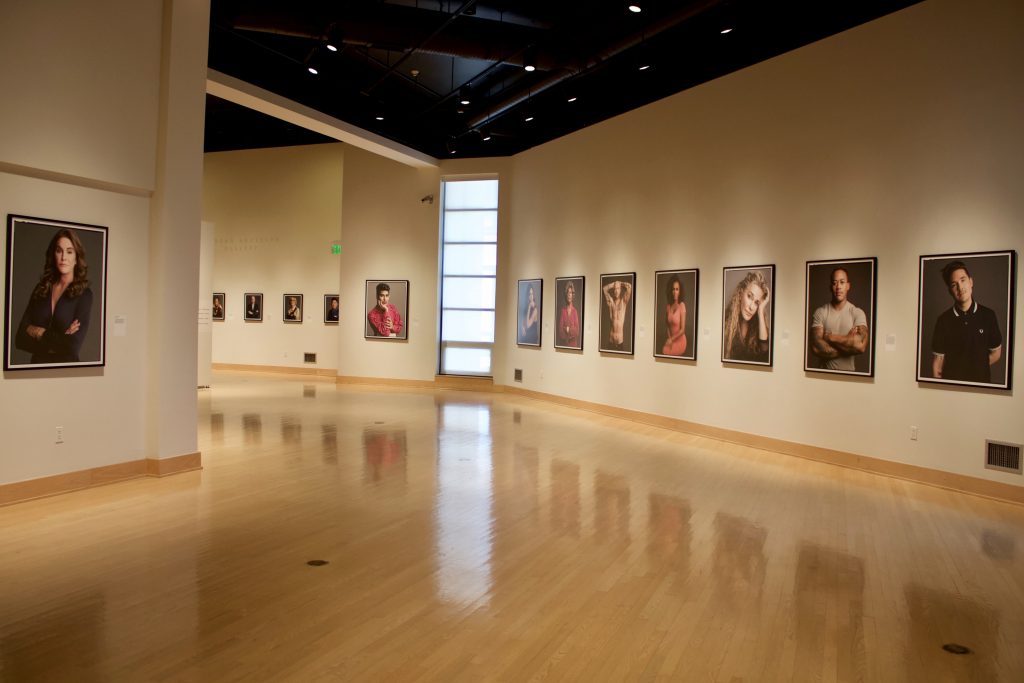 Some faces in the exhibit are familiar– there is, indeed, a portrait of Caitlyn Jenner, as well as a particularly stunning portrait of Laverne Cox, renowned trans actress and activist. These easily recognizable faces further allow the viewer of the exhibit to better absorb the diversity of the trans community.

Also included in the exhibit is a documentary video loop showing those photographed for the project. Museumgoers can wander throughout the gallery, admiring each portrait’s story while they hear the film from other parts of the museum. The film interviews each person about their story, rather broadly, of their own trans-ness.

As the viewer can see, especially this topic expands to a ceaseless discussion about the issues impacting the trans community, as well as the important divides between the LGBTQIA+ community on the whole and the trans community more specifically. The discussions sparked by this exhibit are invaluable, and the presence of such art on the New Paltz campus is wonderfully reassuring. There is no doubt to be had about the Dorsky’s alliance with the LGBTQIA+ community.

“Each installment calls attention to cultural progress as exemplified by the stories of its subjects, people who have overcome obstacles to achieve success in disparate walks of life.” James said.

All in all, the Dorsky has a wonderful selection of exhibits to check out this fall.

Also currently on display at the museum are “Community and Continuity: Native American Art of New York” (curated by John Hart and Gwendolyn Saul) and “Alive and Yelling: Trans Zines and Radical Subcultures.” The Dorsky is open from Wednesday to Sunday, 11a.m. to 5p.m., and is free and open to the public.