New York State’s Downtown Revitalization Initiative (DRI), is the state’s economic development program that works towards transforming downtown neighborhoods into vibrant centers that offer a high quality of life and are magnets for redevelopment, business, job creation and economic and housing diversity.

The goal of the program is to rebuild the economy from the effects of COVID-19, while also achieving the state’s climate goals promoting the use of public transportation, and in turn reducing the use of private vehicles.

The program will be investing $200 million dollars in up to 20 downtowns statewide.

“Participating communities will be nominated by the state’s ten Regional Economic Development Councils (REDCs) based on the downtown’s potential for transformation. Within each region, the REDC will nominate either two downtowns to receive $10 million each or one downtown to receive an award of $20 million to develop a downtown strategic investment plan and implement key catalytic projects that advance the community’s vision for revitalization,” reads the New York State government’s website.

Communities will be receiving support from private sector experts and a team of state agency staff led by the Department of State in close partnership with Empire State Development, and NYS Homes and Community Renewal. Other agencies are also involved in reviewing and implementing projects.

The Village of New Paltz’s application calls for a new vision of the downtown, “New Paltz has reached an exciting crossroad. For decades, we have been a fairly typical upstate New York college town. However, there is increased interest in our community from people moving here for second homes or visiting for the weekend because of our proximity to the NYC metro area.”

“Appreciation of our uniquely beautiful outdoor recreation assets is not new; but the magnitude of the attention is. Folks used to visit just a couple weekends per year in the fall for pumpkins and apple cider donuts, but we’ve seen a noted increase in short-term visitors, new full-time residents, and people who now call New Paltz their second home. It feels special living in a place where so many want to visit, but we need to figure out how to manage the demands as a destination while maintaining quality of life and governmental responsiveness for all residents.”

This will be the Village of New Paltz’s fifth year applying, and have been taking notes from past awardees in the area. They have improved their application since, and believe it is the strongest yet saying, “This application presents a unique opportunity for the Mid-Hudson-REDC to have a transformative impact on our dynamic village that embodies the State’s core strengths: education, local business, and tourism.”

“Affordability and downtown congestion on Main Street have become our new headwinds. Local officials regularly hear from concerned residents and businesses about the cost of living, traffic, bike-ped safety, and parking,” explains the justification portion of the application. “Even though many in our region have only recently learned about how truly stunning it is to be out on the new River-to-Ridge Trail or trek the 750-mile Empire State Trail, we are starting to see what long-term changes to New Paltz could look like. And we may not have even scratched the surface of affordability or congestion issues that could lead to new unintended consequences.”

The portion goes on to read, “This transformative application for DRI funds will allow the Village of New Paltz to realize its full potential. In fact, we believe so strongly in New Paltz and the strength of our potential — in the form of this proposal — that we assert that it would be extremely difficult, if not impossible, for any other village or city in the Mid-Hudson region as DRI recipients to add more sales and income tax and job growth than via New Paltz’s proposal.”

The application focuses on three main components of downtown New Paltz where the money received will be centered on: childcare, sidewalks and stormwater mitigation.

SUNY New Paltz is also mentioned in the application numerous times. The engineering department at New Paltz has created lots of availability for job growth, as well as the school’s ability to attract businesses in general. Additionally, tech growth driven by SUNY New Paltz is expected to be significant, initiatives in 3D-printing/digital design and fabrication/additive technology.

The DRI award will add to the growth through establishing new spaces for more public-private innovation and job creation. 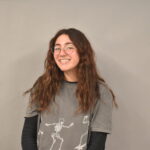