On Friday, Nov. 5 from 11 a.m. to 3 p.m. New York Public Interest Research Group (NYPIRG) hosted a tabling event outside of the Humanities building. The event was titled “True Life: The Struggle of Obtaining a Degree” where students were invited to share their struggles with paying for a higher education.

This event was one of many NYPIRG has hosted over the course of the semester to raise awareness of the new Executive Budget for the state which will be enacted at the start of the fiscal year on April 1, 2022. The funding in this budget will directly affect the cost of higher education and funding for campus programs.

It is the hope of NYPIRG that the new budget will allow for “increased investment in the SUNY system,” according to the event’s Engage page. The goal of the table was to collect real student stories that the organization will deliver to the New York State Legislature when they advocate for this investment.

Students were also prompted to sign a petition. The organization has been collecting signatures directly addressed to Governor Hochul regarding the budget.

The petition, entitled “Student Friendly Executive Budget For Higher Education,” highlights that the threat to college accessibility has only been exacerbated by the pandemic.

“Since the COVID-19 pandemic began, the burden on students has been immense,” the petition reads. “Students have experienced job loss, financial hardship, and the growing toll on our mental and physical health… As society works to recover from the pandemic, it is vital that we not return to the status quo in higher education.”

The petition affirms that a state investment in higher education will increase racial and economic equity while also boosting the economy.

The petition has already garnered over 200 signatures on our campus, and is projected to receive thousands of signatures amongst every NYPIRG chapter, but Trinidad emphasized that they “still have a very, very, very long way to go.”

“It affects a lot more students than some people may realize,” Trinidad explained. “We want to make sure that all students know what this petition is so we can help save programs that are going to be extremely underfunded.”

One of the programs at stake, Trinidad emphasized, is the Equal Opportunities Program (EOP). EOP is already underfunded due to tuition hikes in the past, but the program is still at risk for having an insubstantial amount of funding in the next fiscal year, Trinidad says

If EOP does not receive enough funding, it is easier for students to get cut from the program. Additionally, eligibility requirements may shift making it more difficult for students of certain backgrounds that would originally be eligible for EOP in the past to get accepted into the program. SUNY recently announced increased funding for EOP, but an increased Executive Budget is also important to ensuring as many students as possible benefit from the program.

Other programs at stake of decreased funding include the Tuition Assistance Program, childcare centers and the campus food pantry, according to Trinidad

Increased funding would not only save programs that already exist, but allow additional benefits for students.

Due to the funding the Psychology Counseling Center already receives, students are only permitted eight appointments before they are referred outward. With increased funding, the center would be able to offer more appointments to students.

“A majority of students feel like nothing but a number to their advisor, because they have so many students on their caseload,” Trinidad explained. “How are you supposed to have someone help you through a four year grueling process that doesn’t even know your name?”

Trinidad affirmed that the student-to-advisor ratio is one of the problems with the higher education experience many students discussed at the event. Other issues included the struggles of students who file independently and affording the cost of student loans.

Students who weren’t able to stop by the NYPIRG table on Friday are encouraged to reach out to Trinidad directly through email at trinidad1@newpaltz.edu or to NYPIRG in general with their experiences and struggles affording higher education and obtaining their degree. The NYPIRG office is located in the Student Union Building in room 304. The petition can also be found online through the link tree on NYPIRG’s Instagram page @nypirgnpz. 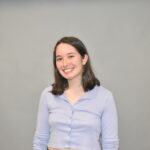 Morgan Hughes is a fourth-year double major in digital media management and English with a concentration in creative writing. This is her fourth semester on the Oracle and her first as Features editor. Morgan’s favorite Features articles to write center small businesses in our community as well as articles centering sustainability.

Share on Facebook Share
Print Print
Share on TwitterTweet
About Morgan Hughes 51 Articles
Morgan Hughes is a fourth-year double major in digital media management and English with a concentration in creative writing. This is her fourth semester on the Oracle and her first as Features editor. Morgan’s favorite Features articles to write center small businesses in our community as well as articles centering sustainability.